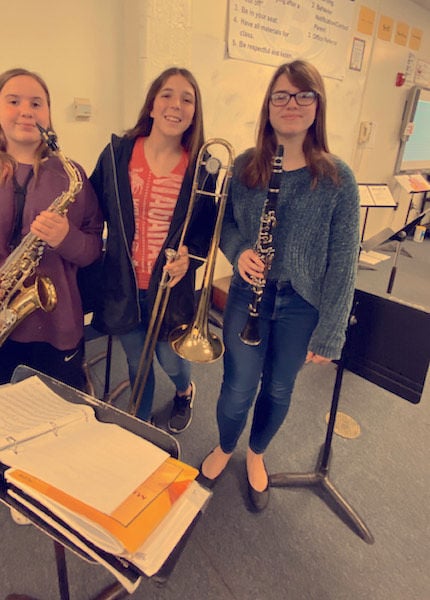 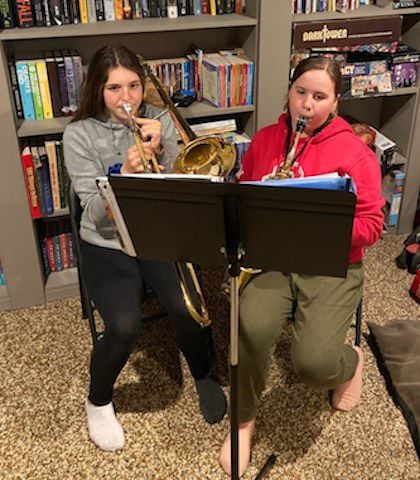 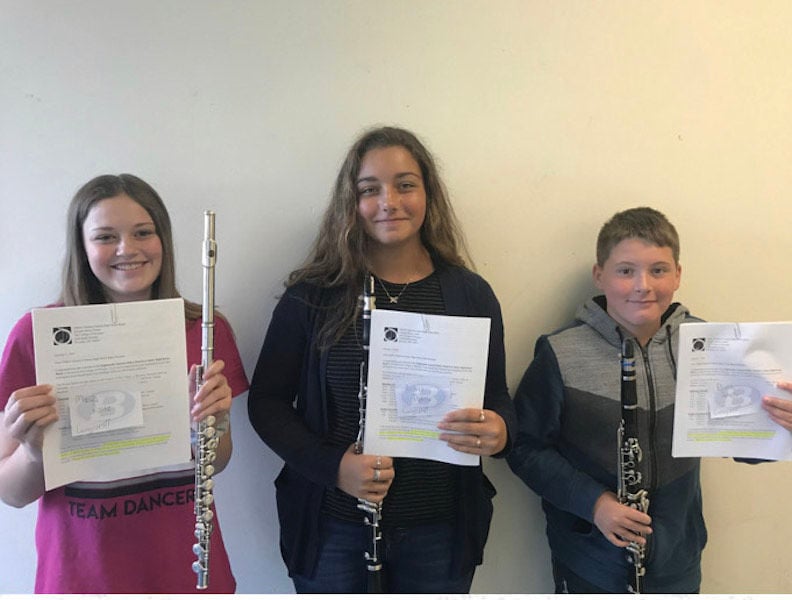 Recently, Edwards and Visintainer middle schools participated in the OMEA District 6 Honor Band competition. Out of each eighth-grade class, eight people were nominated by their band director, Gary Allen. Of these students, five were from Edwards, while three were from Visintainer. Students were selected in part due to instrumentation needs.

On Thursday, November 7, the students attended an all-day rehearsal. On Friday, November 8, a shorter rehearsal was provided, before their performance later that evening at the College of Wooster. The musicians who were accepted included two flutist, three clarinets, one french horn, one alto saxophone, and one trombone.

“I am excited to meet new people that are interested and committed to band as well,” said Lucy McCormick, one of the students selected to participate. McCormick plays trombone at Edwards Middle School.

Once accepted into the honors band, the students were given music to prepare ahead of time. There were a total of nine districts in Ohio, showing that the students participating were the top of their class. “These students had the opportunity to play high-school level music that we would not be able to do in a typical 8th-grade band setting,” said Gary Allen, Brunswick South Middle Schools band director. “These students also got to work with Dr. Wendy Matthews from Kent State University. Working with a college-level band director is an experience that they will not forget. Having the opportunity to perform with other dedicated middle school musicians is something they will also never forget.”

From each school, an average of two students were accepted out of the eight who are nominated. The students learned about this opportunity in September. “There is something to be said for a collective group of people (students) who have one goal in mind,” said Allen.

Sarah Keller, a student who participated in the Honors Band, said, “Band is something that I really enjoy and hope to progress over the years. So, when I heard about the honors band, I thought it would be a great opportunity to show what I've got.”

Keller plays clarinet at Edwards Middle School. This is her fourth year playing in a school band. “In the long run, I believe this would be a great chance to take in and learn a lot,” Keller said. “I could learn tips and tricks that would allow me to improve overall and allow me to continue to strive to be better.”

To be nominated, these students had to demonstrate numerous qualities. They had to display Brunswick PRIDE (performance, respect, integrity, determination, and effort). They also had to show that they were very advanced at playing their instrument, such as the ability to do scales, articulations, dynamics, and sight-read music well. Finally, these students have to show leadership in class through their active participation.

Logan Woods, a student who participated in this honor band, plays French Horn at Edwards Middle School. “I believe that being invited to join this honor band resulted in me improving my ability to play the French Horn as well as getting better at reading more difficult music. I would like to especially focus on dynamics and articulations.” Woods said. “I would just like to say that it was an honor being invited to join the District 6 Honor Band and I was excited to perform.”