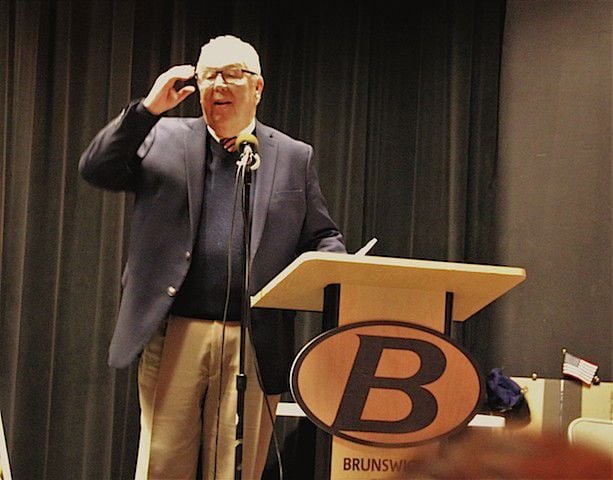 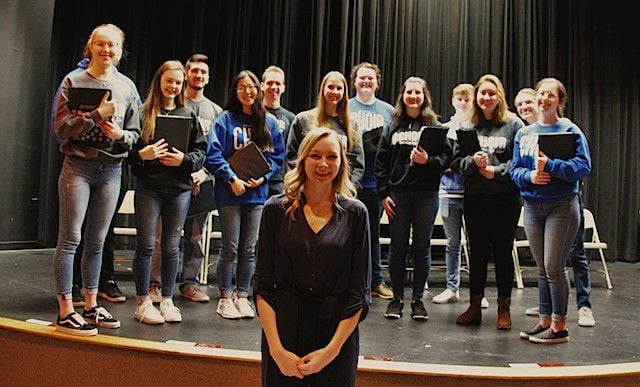 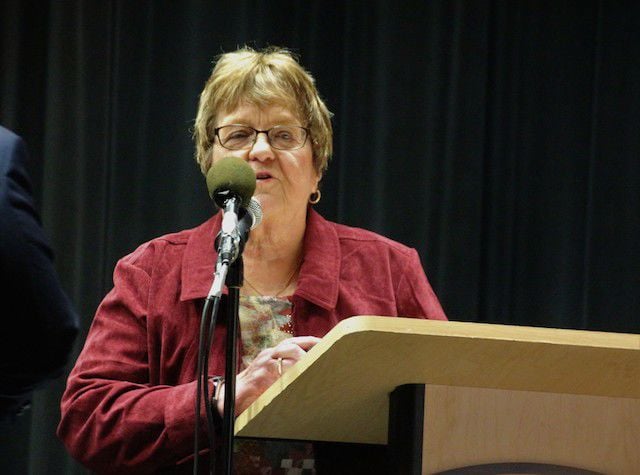 The "God, Flag and Country" Program, sponsored by the Brunswick Eagles #3505 Aerie and Auxiliary, was held March 7, in the Concord Little Theatre at Brunswick High School.

Thirty 10-to-15-year-old students from Brunswick City Schools were selected as finalists from a field of 600 who entered their God, flag, and country themed essays for consideration; they competed by age, 10 in each group: 10-11, 12-13, and 14-15.

Eagle Rich Nowak, retired Brunswick teacher, football coach, and now school board member, served as Master of Ceremonies for the event. After an invocation delivered by Chaplain Mark Wingenfeld, the audience recited the Pledge of Allegiance. Nowak then introduced the Brunswick High School A Cappella Choir, who sang "America" and "The Star Spangled Banner" under the direction of Stephanie Higgins.

One student in the 14-15 age group, Theerthaa Krishnan, was from Visintainer, all the others were from Willetts: William Bradbury, Isabella DiNunzio, Mia Dolan, Journey Hildebrand, Jordan Malcom, Alexis Martz, Donovan Perkins, and Justin Pogorelec (finalist Hannah George was ill and unable to attend). Krishnan was the first place winner in this age group, Perkins the second place winner, and Pogorelec the third place winner.

The students, their parents, and guests attending the competition were invited to a luncheon in the cafeteria following the presentations.

The Brunswick Eagles are extremely active, constantly serving the needs of local residents in many ways, and supporting community organizations such as the HANDS Foundation and others.