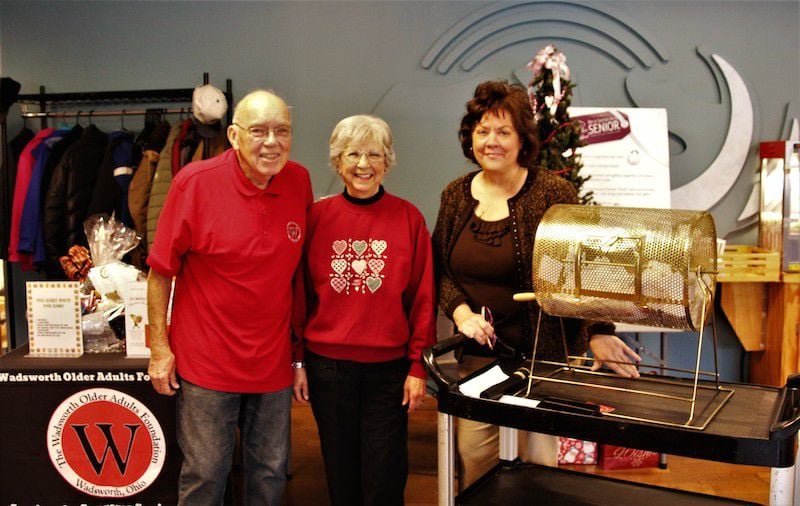 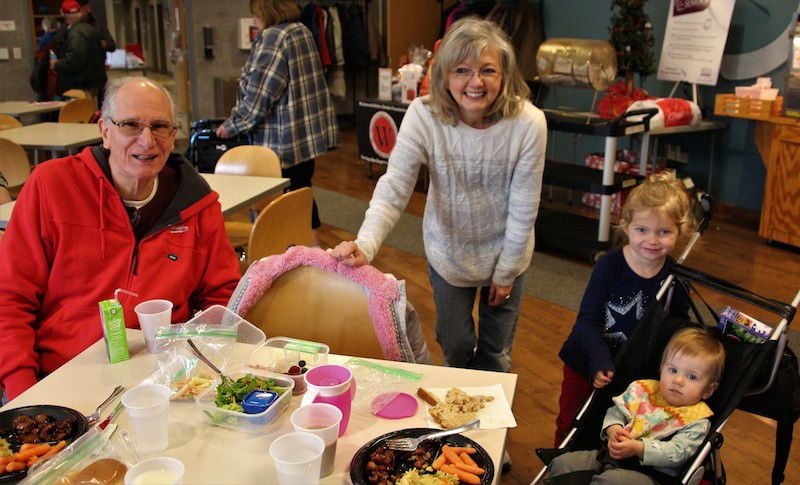 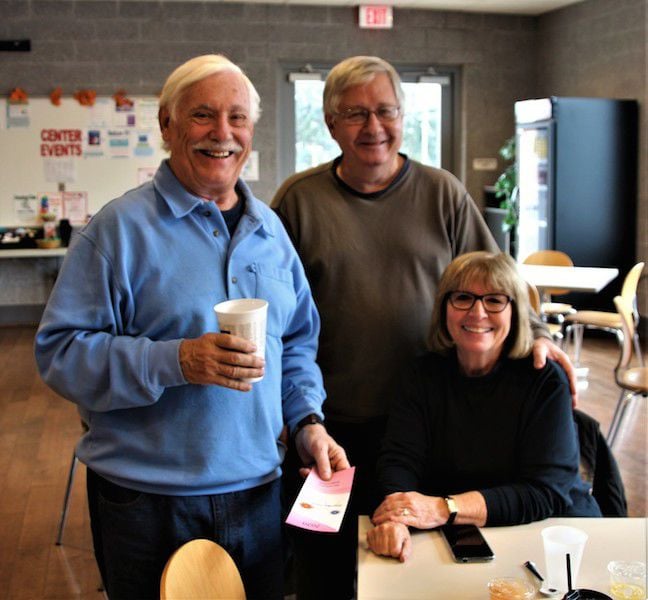 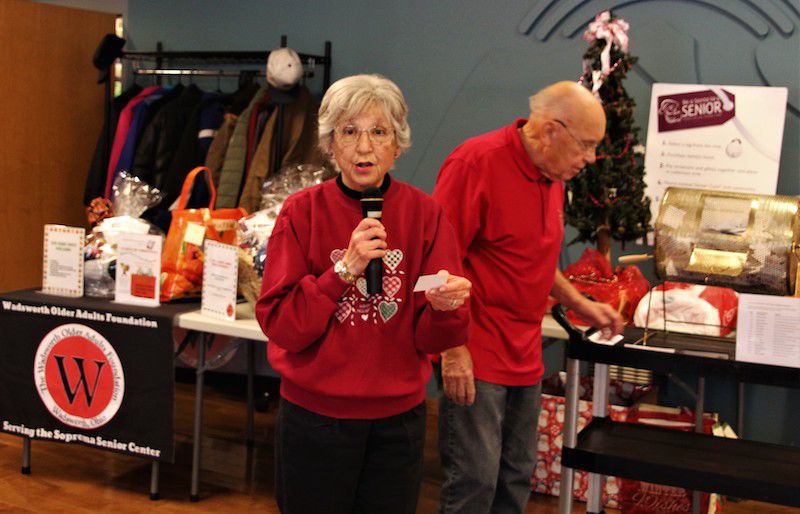 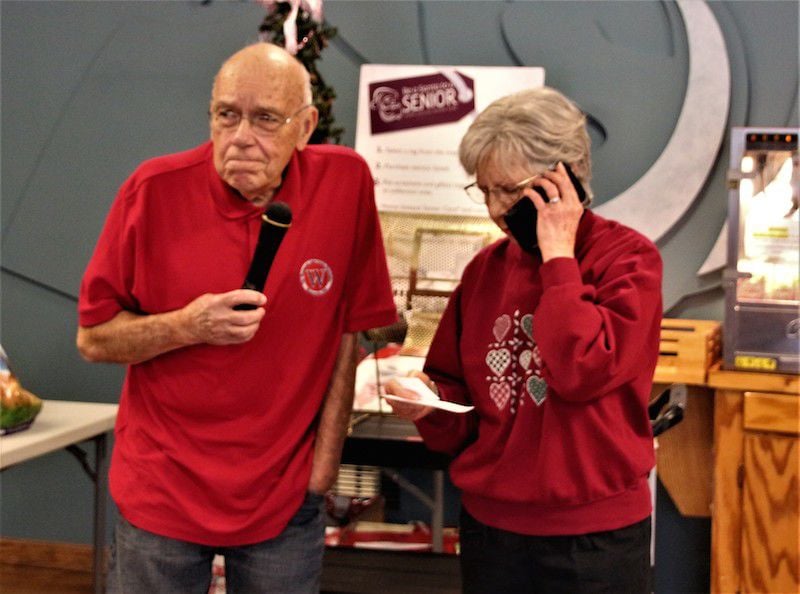 Jim Dull and Angela Huston calling the winner, who was not present 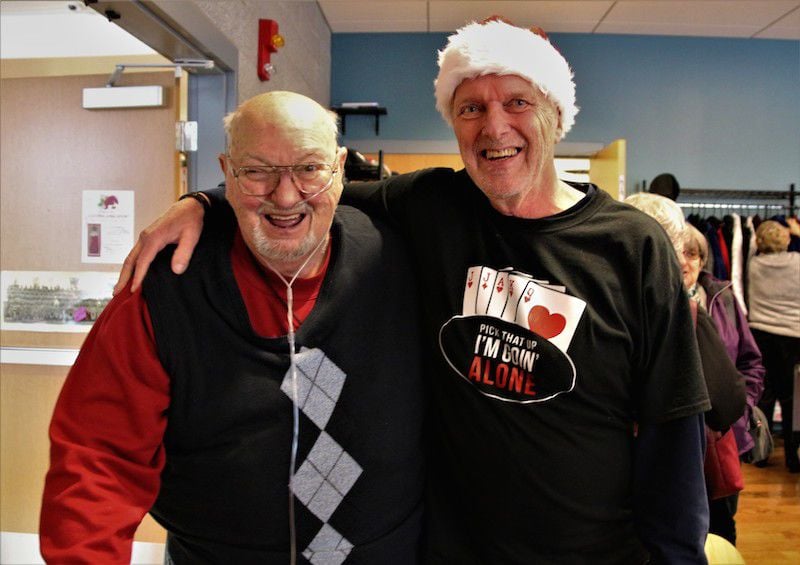 Ray Denson and Richard Bush, who were playing a table game in the Soprema Café 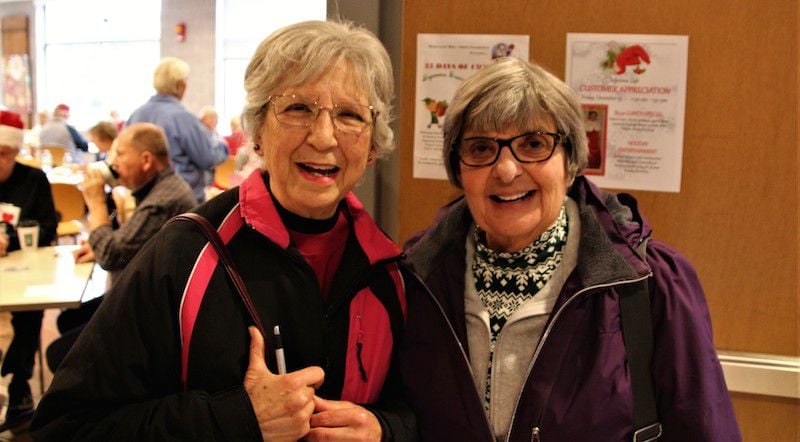 Angela Huston with Jean Brown, a retired teacher who now enjoys the activities at the Soprema Center

Jim Dull and Angela Huston calling the winner, who was not present

Ray Denson and Richard Bush, who were playing a table game in the Soprema Café

Angela Huston with Jean Brown, a retired teacher who now enjoys the activities at the Soprema Center

The daily drawings have begun for a very popular and fun event, the 25 Days of Christmas Basket Raffle, a fundraiser for the Wadsworth Older Adults Foundation (WOAF). Twenty-five people holding the winning tickets for the holiday basket drawings at the Soprema Senior Center, 617 School Drive, in Wadsworth, will be collecting their prizes between now and December 20.

Local celebrities began drawing the names of the lucky winners December 2, and will continue doing so weekdays at noon at the Center, for about another week. This highly successful holiday event is one more opportunity for those who already enjoy spending time at the Center to drop in for a tasty lunch while hoping to win that day's basket.

With the very generous donations from local businesses, organizations, and community residents, every basket is valued at a minimum of $500. The beautifully decorated, large baskets are filled with exciting treasures that include gift cards for various events and merchandise, in addition to unique gifts, treats, and lovingly handcrafted items.

On December 11, two winners, Kathy and Ruth, were announced but were not present. They were notified by phone that they had baskets waiting for them at the Center. Winners need not be present, but those who are at the Center when their names are called also receive a $50 Soprema Cafe gift card. The final basket drawn on the last day is valued at well over $2,000.

The uncalled $10 tickets will remain in the hopper until the end of the event, giving the purchasers 25 possible chances to be selected for a prize. The 25 Days of Christmas benefits senior citizens in the Wadsworth Community.