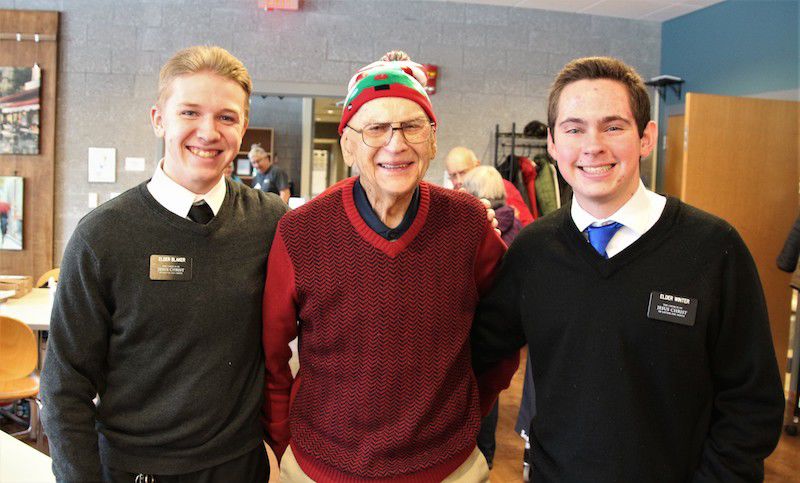 Stan "the Man" Wolczyk, 102, with Elders Blaker and Winter 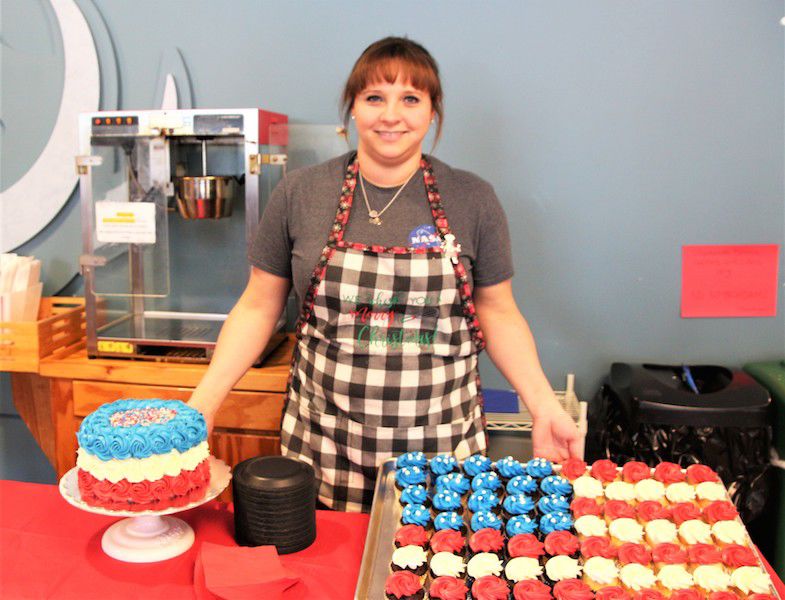 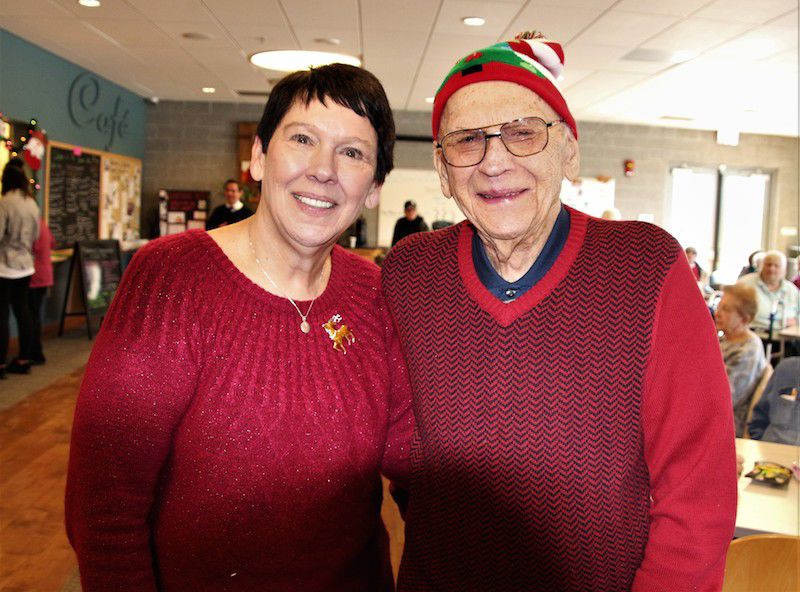 Stan "the Man" Wolczyk and his daughter Penelope Sheely 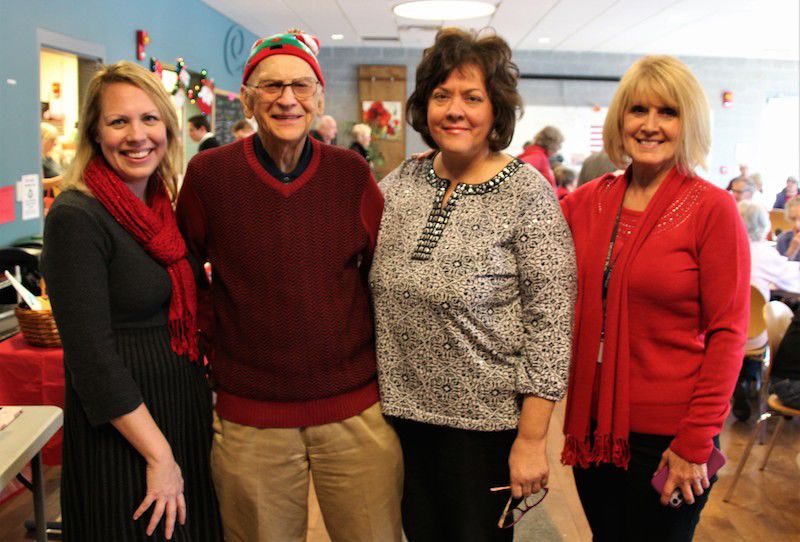 An overview showing part of the large crowd 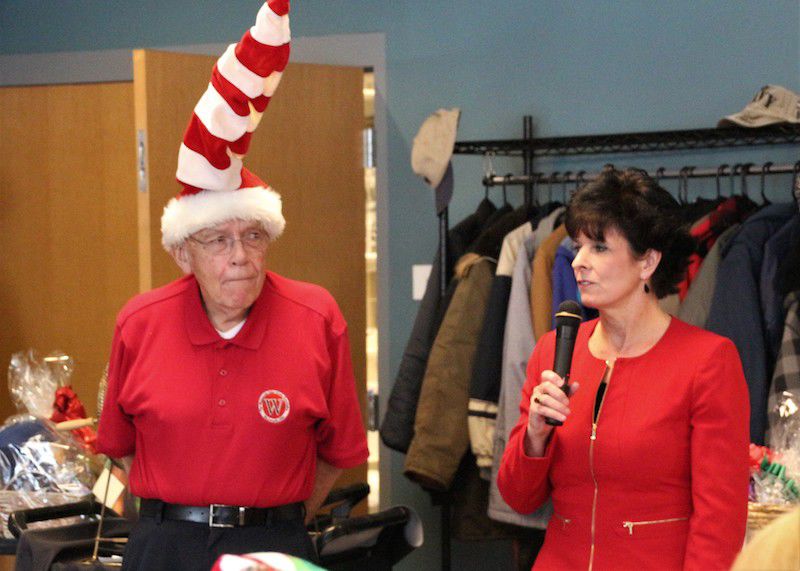 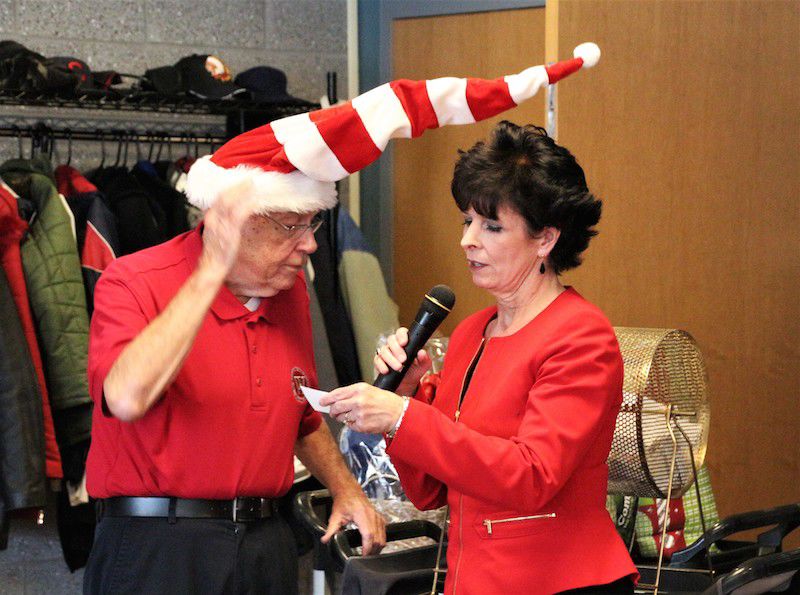 Wadsworth City Mayor Robin Laubaugh talking with the winner of basket #24, who could not be present 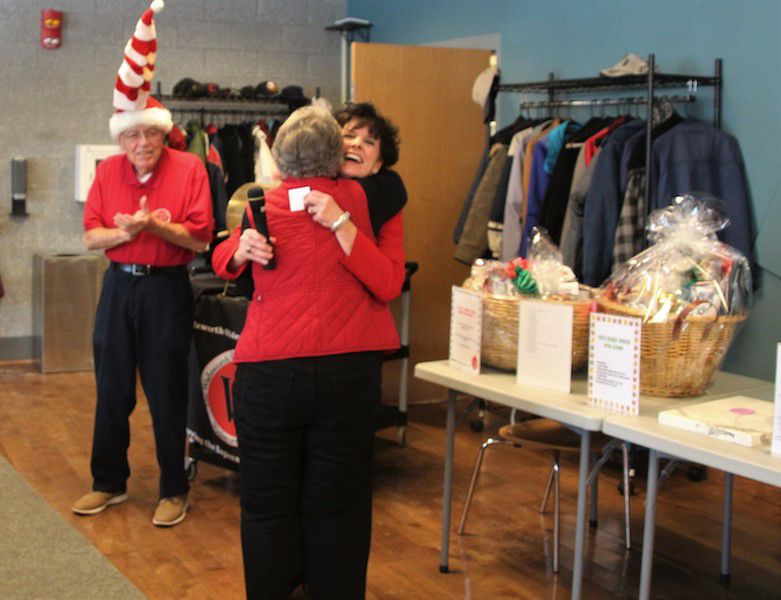 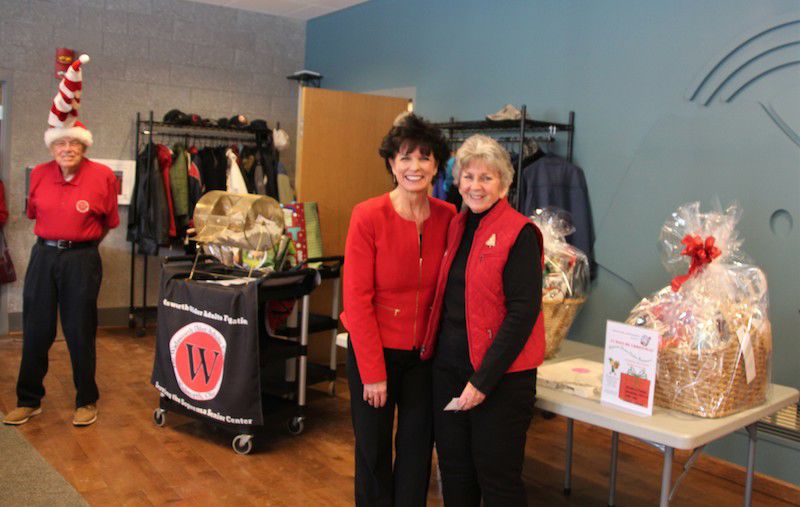 Wadsworth City Mayor Robin Laubaugh with the winner of basket #25, Dee Franks; Jim Dull is in the background 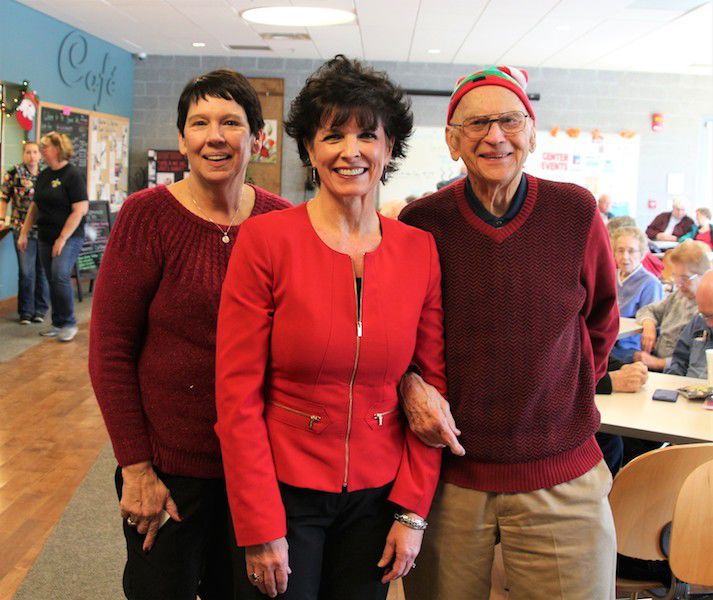 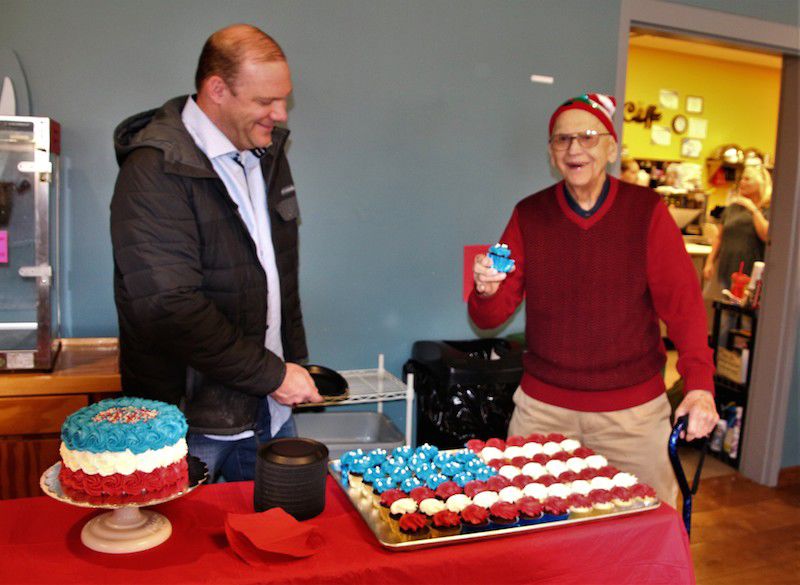 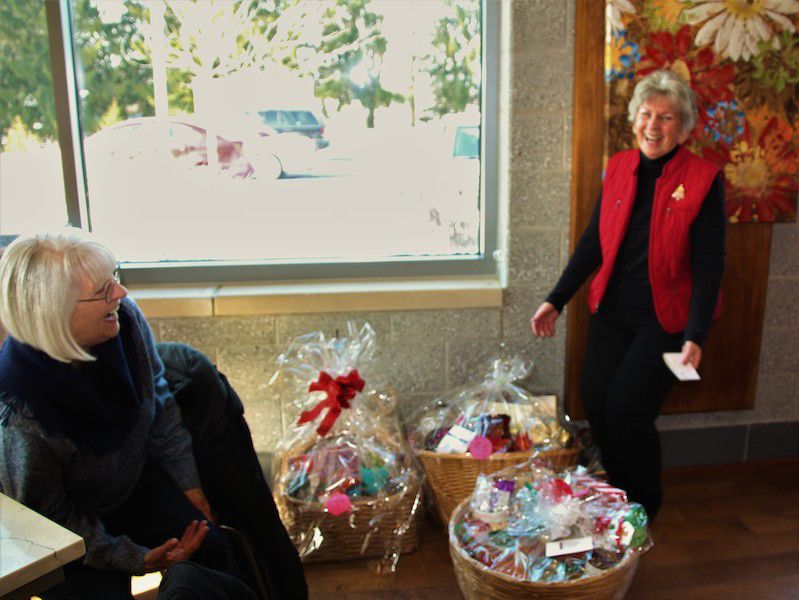 Dee Franks, winner of the final prize, actually three baskets, with a combined value of $2,500

Stan "the Man" Wolczyk, 102, with Elders Blaker and Winter

Stan "the Man" Wolczyk and his daughter Penelope Sheely

An overview showing part of the large crowd

Wadsworth City Mayor Robin Laubaugh talking with the winner of basket #24, who could not be present

Wadsworth City Mayor Robin Laubaugh with the winner of basket #25, Dee Franks; Jim Dull is in the background

Dee Franks, winner of the final prize, actually three baskets, with a combined value of $2,500

December 20 was a very exciting day at the Soprema Senior Center and Cafe, 617 School Drive, Wadsworth: the grand finale for the 25 Days of Christmas ticket drawings, and a significant birthday celebration for one of the Center's most active members.

Event coordinator Jim Dull shared with the large crowd that filled the Cafe how proud he is to be part of the Wadsworth community, calling it a great town filled with happy, caring people who do so much for others. His comments led to the introduction of Wadsworth's great mayor, Robin Laubaugh, who really needs no introduction -- her long-standing dedication and outstanding leadership in the community speak for themselves.

The very congenial Laubaugh personally connected with so many attendees before Dull put her to work drawing the tickets for the last two Christmas baskets. All the baskets, which had been generously donated for this Wadsworth Older Adults Foundation fund raiser, were valued at a minimum of $500 each, but the 25th had a much higher value.

The 24th basket winner was Christie Markel, who was not present; Mayor Laubaugh called to congratulate her and invite her to pick up her basket. The last prize, actually a combination of three baskets valued at $2,500, was won by a very surprised but excited Dee Franks. Because she was present at the time of the drawing, Franks also received a $50 gift certificate to the Soprema Cafe.

Nancy Likens, Director, Soprema Senior Center and Cafe, then stepped forward to wish a very special happy birthday to another familiar community and Center member, Stan "the Man" Wolczyk, who was celebrating his 102nd birthday that very day.

The active and very alert Wolczyk, who moved into the new Village of St. Edward just about a year ago, wore a cap with twinkling Christmas lights as he accepted good wishes and was photographed with many of the guests.

Wolczyk's life has been full and rewarding. He was married to the love of his life, Mary, for 65 years before her passing in 2005; he was a decorated WWII Army veteran who earned both a Bronze Star and a Purple Heart; after the war he became a teacher and then a principal who continuously won honors and awards; after his retirement he spent years volunteering at Akron General Hospital and now volunteers at the Soprema Cafe.

In honor of Wolczyk's military service, Cafe Manager Kimberly McDonald created elaborate desserts for the occasion, a large American flag of cupcakes and another cake bearing the patriotic colors of the flag.

Sharing the special day with "Stan the Man" were his daughter Penelope Sheely and his grandson Chris Sheely. His daughter said her father still has three younger sisters, all in their 90s. She added they never had any of the usual childhood diseases when growing up.

Clearly, Wolczyk lives by one of his favorite Lincoln quotes: "It's not the years in your life that count, it's the life in your years." He thanked everyone for sharing the day with him, and assured them he would be back to celebrate again next year.