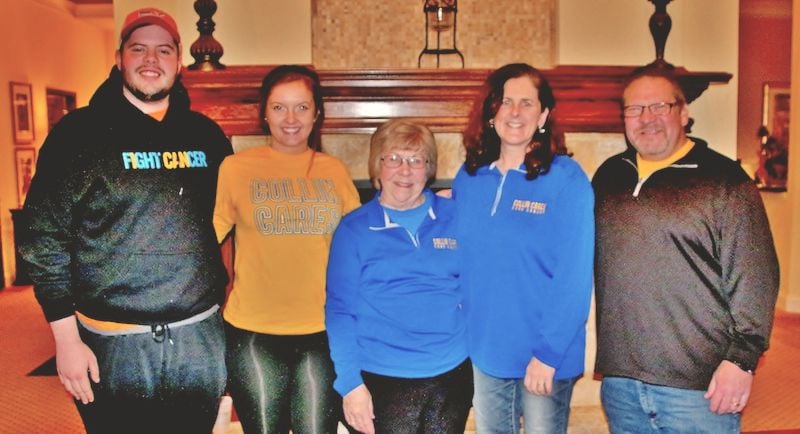 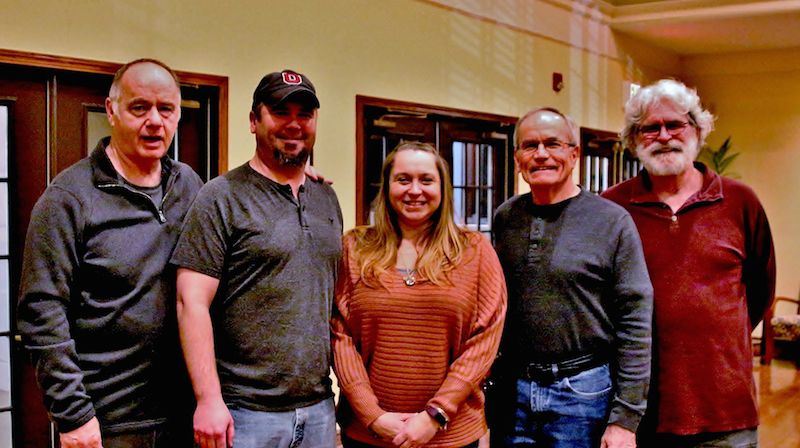 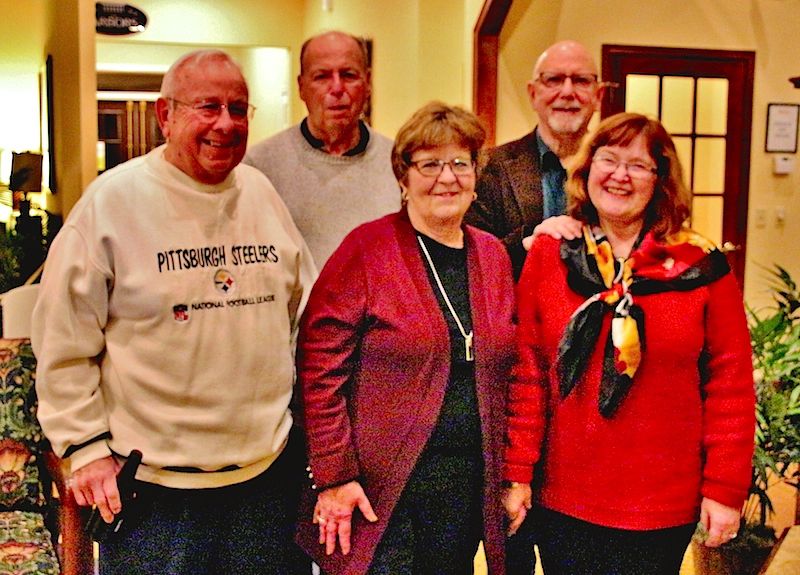 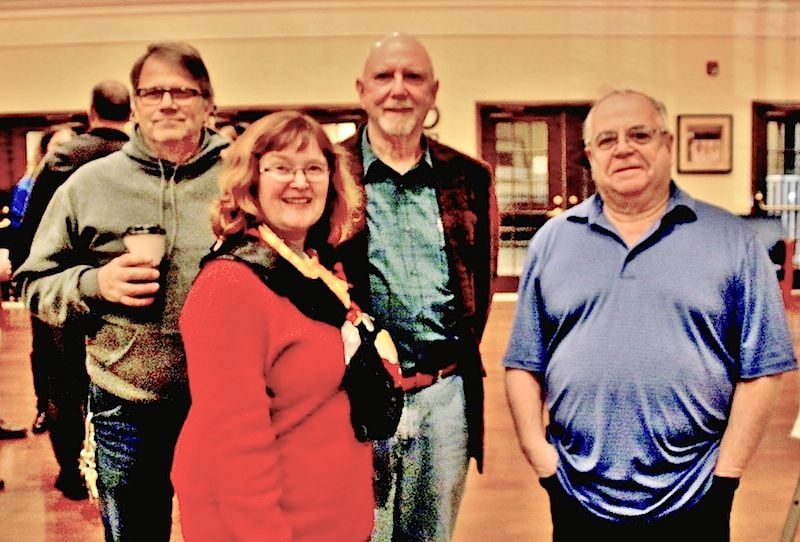 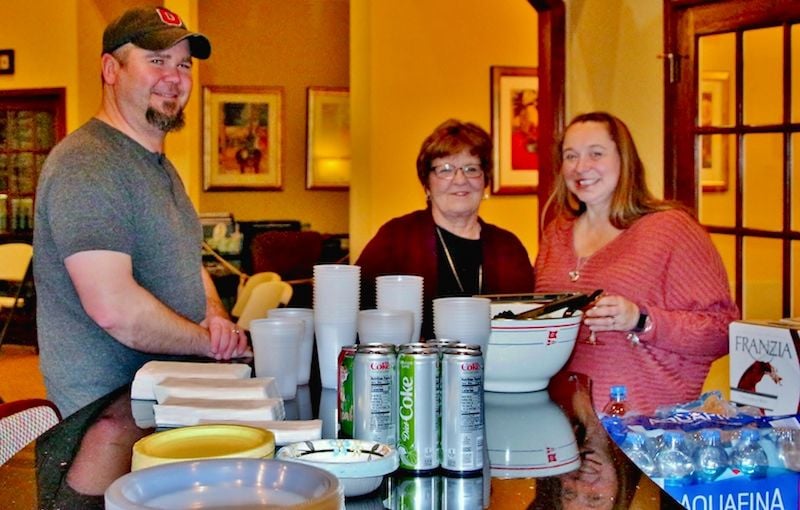 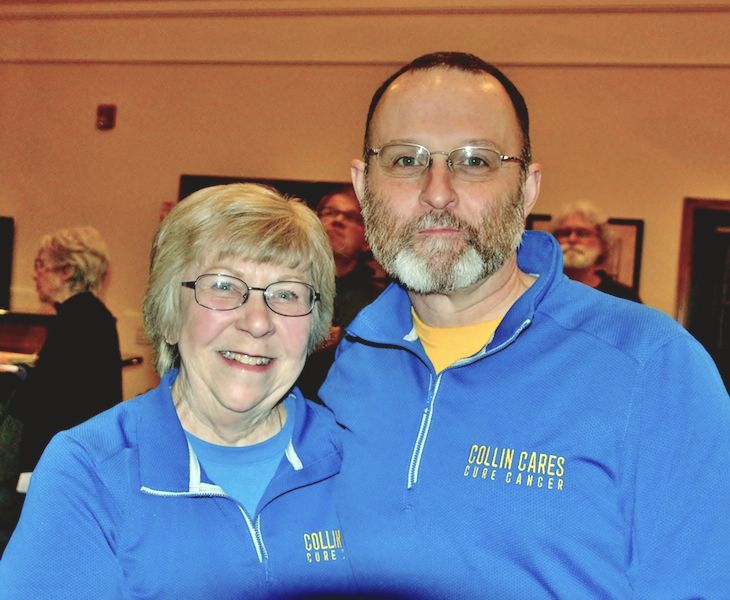 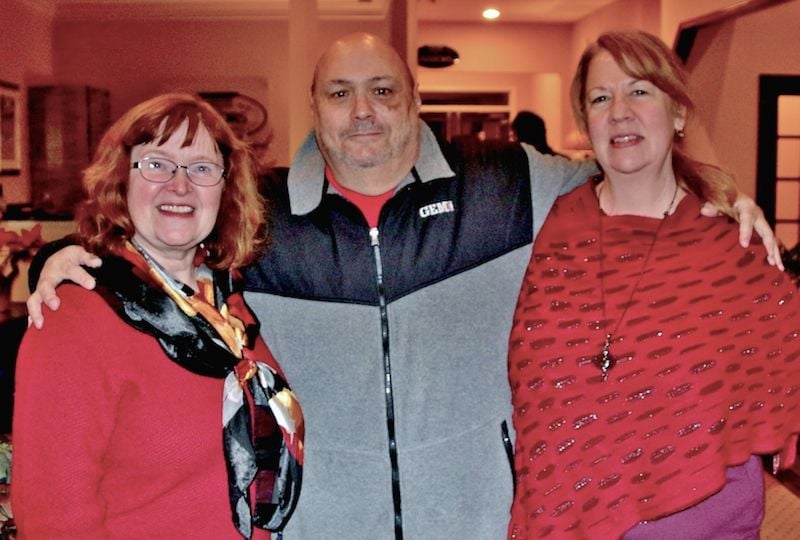 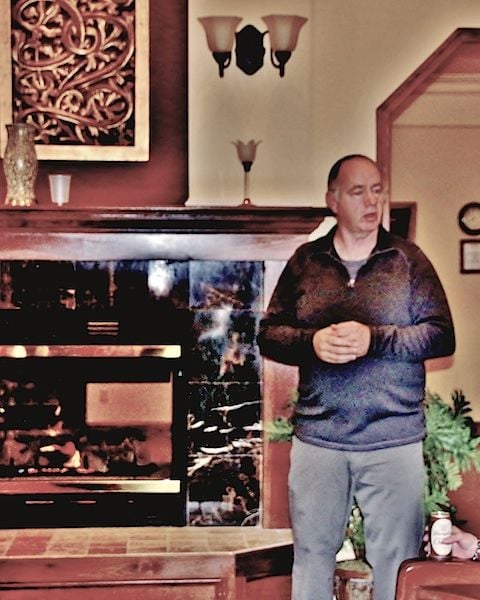 Coach Jeff Potter talking with the group of supporters and planners

For the third year in a row, Coach Jeff Potter will be returning to the Medina County area the weekend of July 5, 6, and 7, this time bringing with him two Potter's Pirates traveling youth baseball teams made up of early to mid-teenaged boys.

On February 9, Susan and Dave Ungham hosted a gathering of supporters who are already organizing the boys' activities during that weekend. Potter, from Maryland, attended and shared some of the history of the group, while at the same time describing in greater detail the non-stop, very full agenda of the upcoming tour.

Potter described the tour as an opportunity to bring together a group of young boys who, with chaperones, will travel in vans for about four weeks throughout a multi-state area. Their goal is to learn how to combine the fun of playing baseball with a significantly meaningful emphasis on also performing community service and doing charitable work in each community they visit.

The boys pay their own fee of $2,000 to participate. This year 70 percent of them are returnees; they and the increasing numbers of new players created the formation of a second team.

While traveling through several cities on the 33 day tour, the boys will be playing baseball against local teams, but a great deal of their time will be spent running clinics for younger children, visiting residents in senior facilities, interacting with children challenged with disabilities, and working at car washes and other activities to raise money for local causes.

Potter said, "These activities have a huge impact on the teams. They love working with the kids. They're very big on giving back, not focusing on 'me'."

Among the guests at the Ungham's gathering were people representing supportive organizations such as the Brunswick Eagles and Brunswick Ladies Auxiliary, who have provided meals and sponsored the car washes each year (this year the car wash will be held July 7); Collin Cares Cures Cancer, in memory of a young man who lost his life to cancer (funds go to help families coping with the disease); and the Miracle League of Northeast Ohio (the Pirates will play a game at Sam Masi Field with challenged children).

Potter, an avid baseball fan, was a pitcher with the Detroit Tigers whose professional career was cut short because of an injury, but his love of the sport has never faltered. Shortly after his injury, he wrote "Whatever Happened to Baseball" which was the catalyst for founding Potter's Pirates 10 years ago.

Instead of playing, he redirected his efforts to teaching the fundamentals of baseball to young people, combining those skills with day-to-day life skills that focus on respect, selflessness, hard work, and passion.

He wrote a second book, "Saving Baseball," and then a third, his most recent, "Far From Being Done." He is planning to host a book discussion May 2 at The Arbors in Brunswick. His books are available on Amazon.

Anyone interested in helping while Potter's Pirates are in this area may do so in a variety of ways. Monetary contributions are always welcome, but the teams also welcome things like donations of bottled water, beverages, food, and community attendance and support of the fund raising activites. For further details, contact the Unghams at 330-225-0307, or e-mail unghamd@gmail.com