You have permission to edit this article.
Edit
Share This
1 of 2 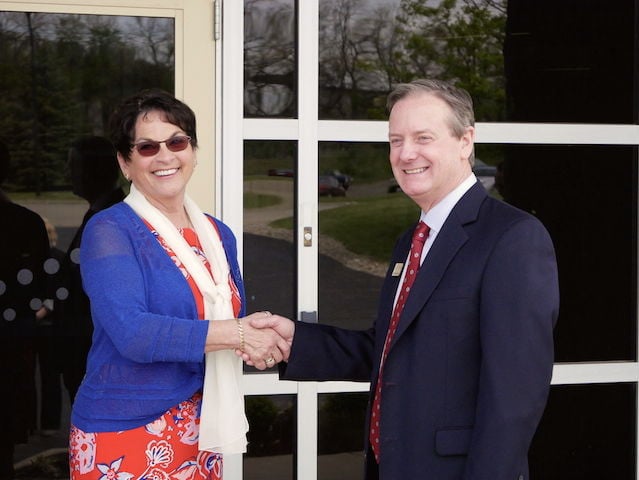 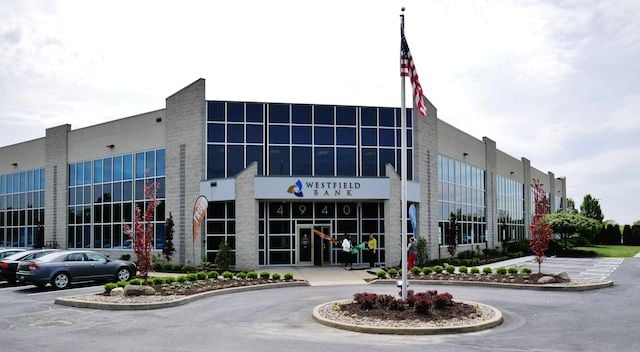 The exterior of the newly-redone building for Westfield Bank

The exterior of the newly-redone building for Westfield Bank

Westfield Bank opened in 2001 in a trailer and had only five employees. Today, the company has a beautiful operations center in Seville with 180 employees. As Jon Park said, "I guess you could say we've come a long way in the last 16 years!"

Park, Chairman and CEO of Westfield Bank, made these comments at the ribbon cutting and dedication ceremony announcing the official opening of the Seville facility May 10; Seville Mayor Carol Carter shared the honors with Park.

Park told the small group of governement officials gathered for the occasion about building an operations center in Medina in 2013, but how after only three years, "our team was bursting at the seams trying to figure out where to have our various new employees sit. Eighteen months ago it became apparent: Westfield Bank was going to need a bigger boat -- which is when we set our sights on this former Panther Trucking office building."

He said, "The vision was to find a location that would allow for a collaborative work environment, have space to accommodate our entire back office operational team, and have room for expansion as our company grows. I think we achieved all of that!"

Park said, "We achieved a lot with this project. Westfield Bank invested $6,750,000 in this building whose open design and layout encourage a work environment that streamlines processes to reduce cost while improving speed and efficiency. We relocated 112 operational and management employees, representing $6.6 million in annual payroll. Employment income taxes generated from Westfield Bank's Seville location paid to Ohio and Seville will be $363,000 annually."

Park thanked Bethany Dentler and MCEDC for help securing tax credits for Westfield, and the architecture team from Domokur for their thoughtful design.

In addition, he extended thanks to Rick Robbs, Matt Gabel, Erika Archer, and Tim Phillips for their tireless work on making this space Westfield Bank's new home. "It's possible they set a speed record for fastest facility turnaround - from purchase to completely rebuilding the interior in eight months."

Following the dedication ceremony, Westfield hosted a cocktail and appetizer open house to which the community was invited.

Essential services for growing your business in a post-pandemic world

As Americans venture out post-pandemic, they’re stepping into a digital savvy world

You're Never Too Young to Plan for Retirement

Reduce your credit carb intake with these tips

Upgrade A Summer Road Trip with An RV Rental

4 expert tips to save money while feeding your family